Hi, what are you looking for?

On August 7th 2020, @cinematogrxphy tweeted a photo collage captioned “good for her cinematic universe”. The innocent tweet was explored in the film-buff social media community, prompting @cinematogrxphy to post the follow-up tweet “damn you guys are taking this tweet too seriously” along with another photo collage, expanding on this newly created good for her subgenre. After the explosive tweets, many film buffs were inspired to expand on this new subgenre. Letterboxd user Claira Curtis went the extra mile by curating an expansive list of films that fall into this internet creation.

the “good for her” cinematic universe pic.twitter.com/b02QdGGHDt

With the same fury demonstrated on twitter, my other social media feeds became rammed with ‘good for her’ collages and posts. With the constant bombardment of ‘good for her’, I began thinking about which of my favourite films are eligible. Just looking at my favourite four films on Letterboxd – Raw, Kiki’s Delivery Service, Lady Vengeance and Never, Rarely, Sometimes, Always – all have been mentioned as films showing the ideals of this subgenre.

the “good for her” cinematic universe (part 2) pic.twitter.com/e7UjY1gp7k

So, what are the main reasons that I and so many other fans have gravitated to this new subgenre? Simply put, because it’s highlighting and praising feminism and femininity in cinema. In a medium that still holds strong patriarchal power, it’s vindicating to have a subgenre devoted to uplifting women and feminism in cinema.

The phrase ‘good for her’ originates from an episode of the comedy show Arrested Development. In the infamous scene, icon Lucille Bluth is watching the news with her youngest adult son Buster. As the news finishes reporting a case in which a stressed mother lets her car roll into a lake with her kids trapped inside, Lucille responds with a hardy “good for her”, panicking Buster. The ‘good for her’ meme wasn’t created specifically for the subgenre: it’s been circulating on Tumblr since the mid 2010s, usually being applied to bizarre news stories about eccentric women and in reaction to true crime shows. The meme’s lasting effect is because it represents to audiences the feeling of satisfaction felt when a female character realises their desires and/or receives a fulfilling conclusion. This idea is commonly seen in movies which centre around a belittled and traumatised woman who regains her autonomy. They are mostly the female equivalent of a rags to riches story, where the rags are trauma and the riches are unusual means of coping/eradicating the trauma.

Knives Out is a perfect example of the Good For Her subgenre done correctly. In the film, Marta, the nurse of fictional famous crime author Harlan Thromby, gains a satisfying ending as reward for her constant kindness and good-naturedness. She performs the rightful tasks – from being a caring friend for Harlon, calling an ambulance to save Fran’s life and desiring to be truthful with the Thromby’s about Harlon’s death. The ending shots convey the Good For Her impact perfectly, with Marta, the new inheritor of all Harlon’s assets, standing on the balcony of his estate, gazing down at the enraged Thromby family, who’s selfish actions led them to lose their birth right.  She sips from a mug declaring it’s her house and her rules now!

Similarly, horror and thriller movies are very easy to identify as part of the subgenre due to their repetitive use of the Final Girl trope, a term coined by Carol J Clover. The Final Girl is the last surviving female character who confronts the villain and lives to tell the tale of horror. This female character is usually a virginal goody-goody who breaks free of some of those holdings through fighting her way free from the killer. Therefore, it’s easy to slap the label on these films as the females receive satisfying endings as they are the only characters that don’t meet a bloody end. Classic characters like Sidney in Scream, Laurie in Halloween and Sally in Texas Chainsaw Massacre are the most obvious faces that come to mind when the Final Girl trope is discussed.

The Good for Her subgenre does, however, highlight the change of female characterisation in modern horror. In the course of 60 years, the one-dimensional virgin has transformed into a developed active agent who has control of the narrative. Comparing the Suspira movies indicates this change fully, from the bland final girl in the original to an all-powerful character she becomes in the remake. Dario Argento’s 1977 Suzy just picks up on the mission of the deceased girls before her, using the information that she just happened to overhear/be told. She doesn’t fully take control of the situation until the finale, when she notices Helena Markos’ silhouette and kills her. Luca Guadagnino’s 2018 Suzy demonstrates agency in turning up to the academy, altering the choreography to fit her desires, and finally revealing herself to be the all-powerful witch Mother Suspiriorum who eradicates the corrupt Helena Markos and her followers. This ending places her whole persona throughout the film in a new light, as every act is calculated so that she can gain the position as Markos’ vessel and reveal her true self. Instead of feeling happy, boring 1977 Suzy made a lucky escape. However, 2018 Suzy takes her rightful place as the head of the academy and has a complete character arc; this ending is far more satisfying for the audience.

The 2018 version also adds a similar agency onto the side character of Sarah, who becomes an active investigator in uncovering the truth around Patricia’s disappearance. Unlike the 70s Sarah, she doesn’t gain all the information off-scene; 2018 Sarah fully embraces the investigation of the disappearance, leading her to uncover truth behind the unusual behaviour at the academy, as well as discovering Patricia’s mutated form. Despite the oversaturation of remakes of classic horror movies, the move away from the underdeveloped Final Girl seems to have brought a new light into the traditional sexist genre by reinventing characters though a modern feminist lens.

However, this progressive representation is overshadowed by negative figures that are held up as the queens of the Good For Her subgenre. The key figures fans call the ultimate symbols of Good For Her are Amy Dunne in Gone Girl and Dani in Midsommer. Both characters paint a dark picture of femininity, as well as showing a screwed perspective of feminism in cinema. Both characters are celebrated because they clearly subvert the typical female archetype. Despite this, their endings do not quite fit into my reading of what the Good for Her subgenre should embody.

Amy Dunne is a calculated psychopath, who elaborately plots to punish the men that have wronged her. She is in control of the disappearance and is able to adapt her mission when her plan goes awry. The belittled and traumatised Amy we are first introduced to is revealed to be a complete fancy that she created to turn herself into the ideal, sympathetic missing woman whilst the true Amy is cruel and controlling.  Amy wasn’t created to be admired, she was created to be feared and show the abusive control that some women can possess. The ending isn’t a satisfying conclusion, it’s a tragic closure as Nick and his unborn baby are trapped with this monster.

Dani, on the other hand, is a truly belittled and traumatised woman for the whole film. She is unable to gain her autonomy as she falls under the whim of the cult, which causes her more trauma. The cult grooms her with praise, gives her a false sense of family, falsely identifying with her pain and, ultimately, force her to join their cult by getting her to agree to murder her boyfriend, Christian. All Dani’s actions in the film are not her own, they are manipulated by the cult. Even though we want Dani to finally punish Christian for being the worst boyfriend EVER, the punishment he gets is created by the cult, not by Dani. The end shot, of Dani manically smiling, watching the yellow house burn with Christian and her deceased friends in it isn’t a happy ending, even Dani definitely deserves a happy ending after all she’s been through. She isn’t destroying all the negativity in her life in an over-the-top cleanse, she is now completely trapped and vulnerable, becoming the perfect victim to be fully initiated into the cult.

The Good For Her label can be applied to many films of all different genres, though many of the popular collages and posts seen on social media completely ignore films that fall outside the horror/thriller genre. Studio Ghibli’s filmography, for example, fulfils the subgenre completely, with all of their films centring around girls/women who gain their dreams with fulfilling conclusions. This is seen on the big adventure scale with Nausicaä of The Valley of The Wind and Princess Mononoke, where both girls are able to return harmony to nature by ending raging wars. Kiki’s Delivery Service shows the small scale of this trope, as we just follow Kiki growing as a witch and finding her purpose in the world, feeling overjoyed when she regains her flight and saves her friend Tombo. But these films are ignored as it’s easier to see the trope enacted when women utilise bloody violence to gain ‘happiness’ instead of watching a happy witch fly around delivering cakes.

The subgenre isn’t something that will go away anytime soon. It has already formed a vice-grip and with every new release – from Promising Young Woman to Cruella – that grip gets a little tighter. Now when I look at the upcoming releases, I instinctually start categorising what films will be hailed as the next great ‘Good for Her’ movie. Freaky, Black Widow, Zola and Gunpower Milkshake are all hotly anticipated films that I’m predicting will make a huge splash. With the increase of female-centred movies, as well as the increase of women in the industry, there will just be more movies that the phrase ‘good for her’ can and should be applied to. Hopefully, we will also be throwing films of all genres and decades into the category, and maybe even placing TV shows into the subgenre too (Harley Quinn is definitely a great contender).

Hopefully, even sooner, we will be placing films that show narratives not just seen though the White female gaze. With the successful evolution of female characters, the same attention needs to be put on films involving the BAME community and more diverse point-of-views. Celebrating BAME-centred films, as well as funding films by BAME artists, will increase this evolution and diversify the Good For Her subgenre.

Charlotte is a Media and Creative Writing student who enjoys injecting horror, feminism and anime into her work. You can follow her on Instagram @books_can_roar. 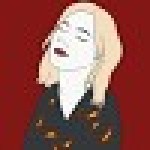 Mullets have been enjoying a revival over the pandemic. What is the history of this controversial cut and why is it being embraced by...

Music as Resistance: Race and Class in Reggae and Punk

How did music genres, such as reggae and punk, provide resistance within race and class struggles in 1970s and 80s Britain?

Join us as we recount some of the most chatoic things that celebrities have done to keep us entertained over lockdown...

The Lost Futures of Social Media

Social media has evolved rapidly as we grow ever-nostalgic for the early 2000s and the optimism it held for the future of technology.